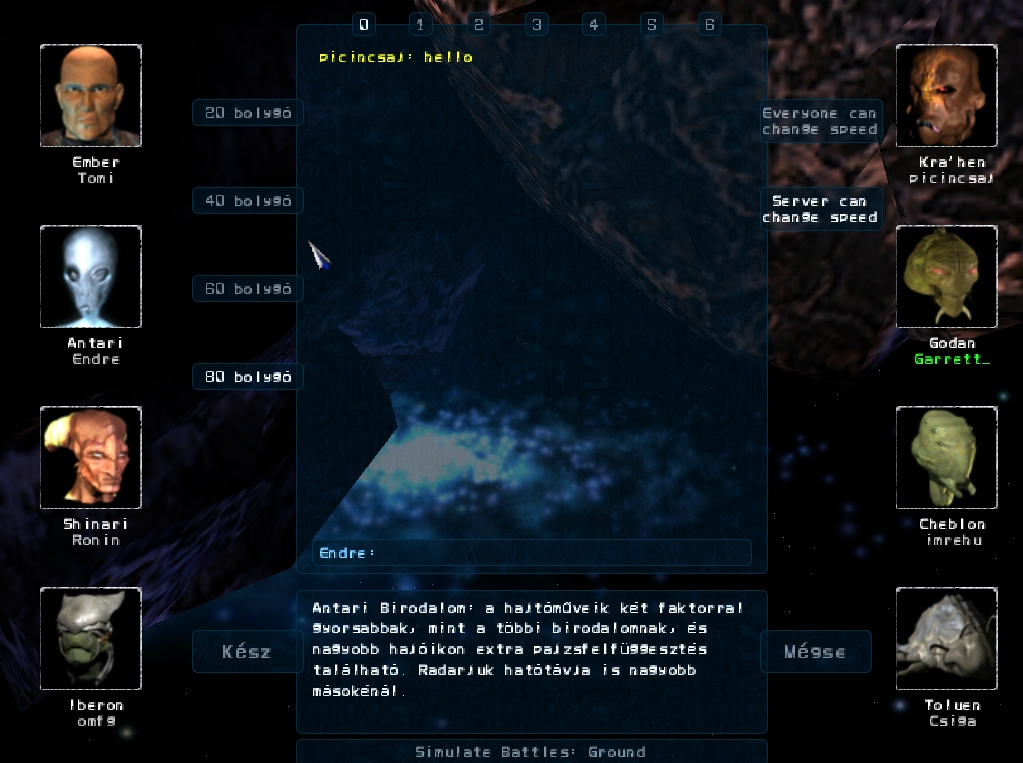 At our annual IG2 meeting, which has become a tradition, we always compete against each other. The surprise of this year’s game was that the players with a chance to win were eliminated at the very beginning. Tomi and Garrett_ players discovered each other’s empire too soon and started grinding each other.

Ronin and imrehu camped near them – who also had some things to settle with each other. The Shinari corvette can be very confusing just by the fact that it exists at all. However, it was not yet fully equipped.

They destroyed each other’s ships one by one, not to mention the work of the spies. The mysterious player who also wanted a share of the cake appeared on stage with the name and machine of a tiny player. Unfortunately, the cake was not delicious, because Tomi defended himself heroically.

Ronin saw the picincsaj‘s weakness and decided it was time to call him out. He also liked her nicely rising planets. But there was a bit of a corvette problem.

Not long after, Garrett_ dealt with the same problem more flexibly and paraded Godan corvettes with kerosene price caps.

Tomi took advantage of the grueling neighborhood battles to build space bases with great enthusiasm. Its effectiveness is unparalleled.

We entered the cruiser class. The parties charged each other with more and more serious firepower.

The smearing is over. Those lagging behind in development weakened nicely and handed over their technology and planet to the stronger empires. Interestingly, the surprise of the day was Endre with the Antari race, who ended the meeting in second place with the composure of the underdogs. I had no opportunity to steal any technology from anyone. Ronin won the fight with an unassailable advantage.

Let’s see what happened until the victory: