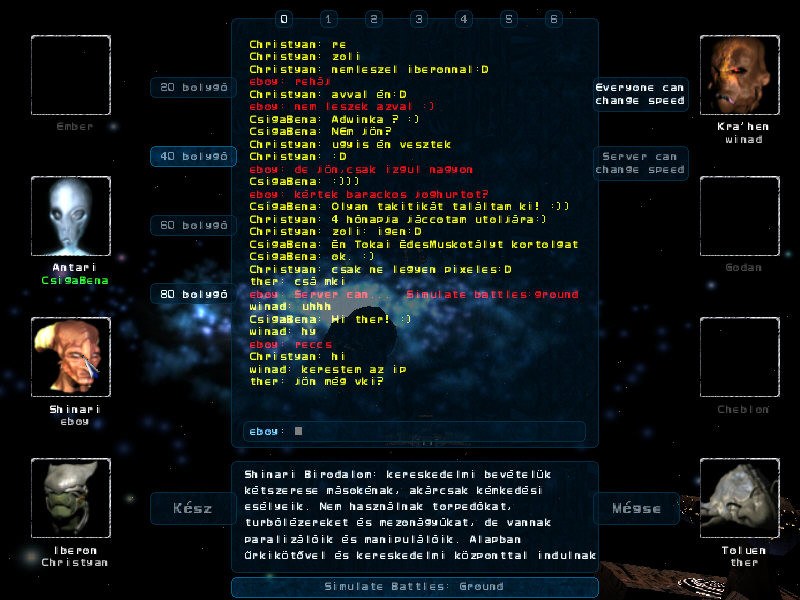 It was a rare fun-filled game: everyone talked about everything. Corvette space battles did not produce the expected results. One or two gear was left behind, so a battle with such a class of ships was brought down by the less likely empire.

Leaving the colonizers unprotected inside radar and throwing them at the enemy is unforgivable. If they are being chased, we would rather sell them while on the run. Longitudinal colonization in a column proved fruitful, sometimes slipping a few ugly words out during a tense fight. You need to be able to handle this. The lesson is that whoever is left alone can be greatly strengthened by the end.